In 1913 a decision was made to build a new church due to the growth of the congregation and the need for a better location.

A 60-perch site on Sherwood Road was selected and the foundation stone of the Sherwood Methodist church was laid by the Queensland Premier, D.F. Denham on 13 June 1914. A bottle containing historical Church documents was placed beneath the foundation stone. In a departure from normal building techniques, the new church was built with reinforced concrete. A contract for its construction was let to engineer Walter Taylor for £1109. It was built to a design lent to Taylor by a friend. Walter Taylor had studied re-inforced concrete construction in England between 1902-12. When he returned to Australia he began contract work, initially specialising in this type of construction. Taylor was also a stalwart member of the Methodist Church and for over fifty years was involved in its hierarchy.

The Brisbane Courier of 14 September 1914, described the church as

a handsome structure of reinforced concrete, [it] is 60ft by 35ft, and has an open red tiled porch of 20ft by 10ft. The roof is red tiled and there are three coloured glass windows on each side of the building. The interior of the walls is shaded light green, and there is a handsome raised pulpit.

The church was designed to seat 350 people (doubtful) but a part of it was initially partitioned, forming two vestries. According to the Daily Mail, the church was surrounded by an ornate and substantial fence erected by members of the Circuit at no cost.

In 1977, when the Uniting Church was formed by the amalgamation of Congregational, Presbyterian and Methodist Churches, the church became known as the Sherwood Uniting Church. It continues to serve the local Uniting Church community.

This place of worship is significant:

In 1989, Church Elder Colin Fenwick was reported as stating that “it was likely that the church would be demolished in the forseeable future”, however redevelopment of the site for aged-care units has seen the retention of the church as a chapel. 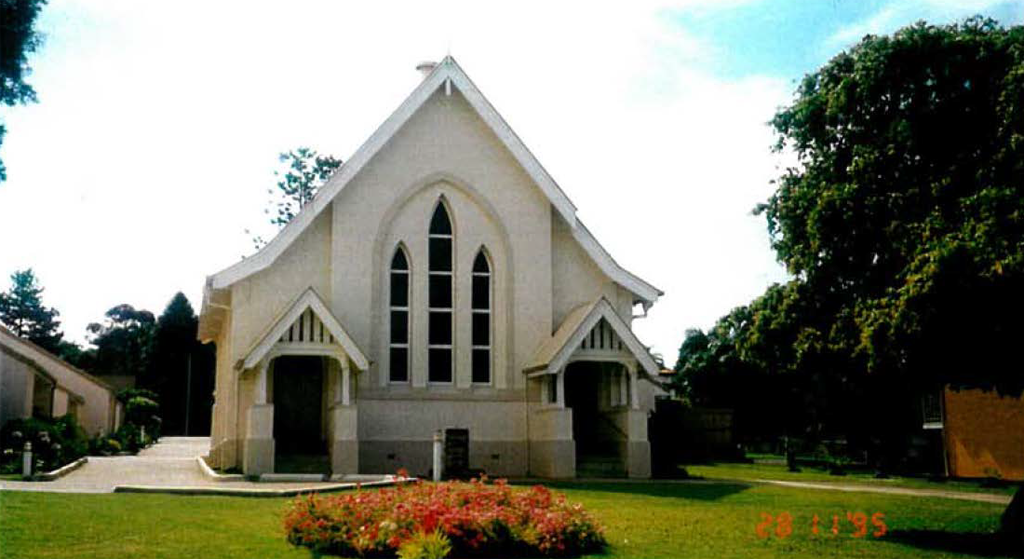 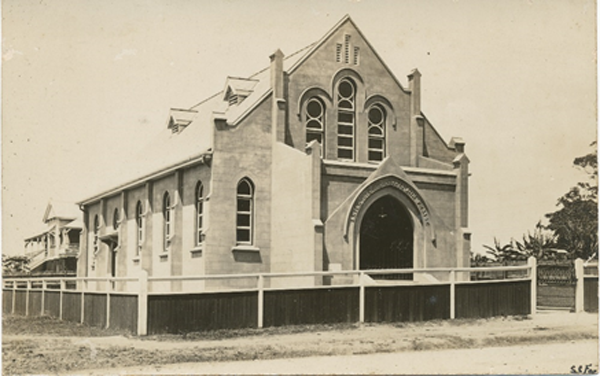 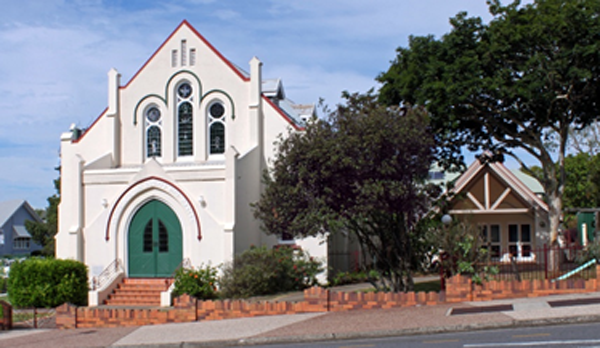